Tonight I breath a big sigh of relief as I finally get some stuff I’ve been wanting for a LONG TIME!

I’ve had a bunch of information products for a while but have not got the pages that describe them well enough… the closest I’ve gotten was the LinkedIn for Job Seekers page, which someone else designed for an outbound email marketing campaign.

Not sure what took me so long, but tonight I got back images from my designer for the webinar/information products… here they are:

Social Marketing for Job Seekers – this one is the glue to many of the others below – how does Twitter, LinkedIn, Facebook, blogging, etc. all fit into the mix?  This is kind of like an overview and an introduction, but packed with meat of its own. (note: I just added this image on 10/5/09) 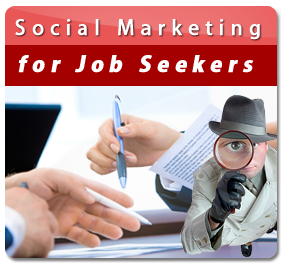 Blog Marketing 201 – 501 – one of my favorites… this is about 2 hours where I share what I did as a blogger to get significant business growth.  No holds barred – there is a LOT of meat in this webinar. 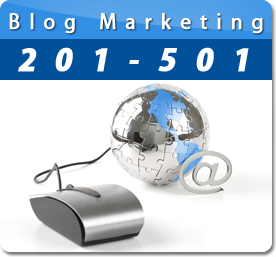 Write Your Book: Another favorite – the first group of attendees on this webinar (which is now recorded) have books out.  How cool!  About 45 minutes. 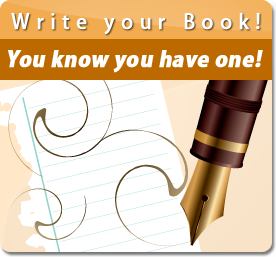 Twitter for Job Seekers: I have wanted to do this for a long time and finally was ready – this is an awesome wrap-your-brain-around-twitter, especially for professionals and executives. 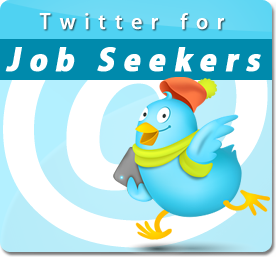 Job Search Tips from a Recruiter: Craig Goldberg, a recruiter with years of experience, shares what all job seekers should know about their job search.  VALUABLE ADVICE! 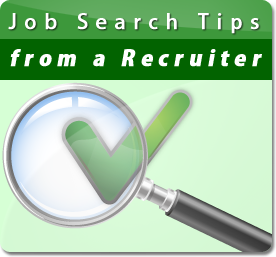 Facebook for Job Seekers: haven’t done this one yet but it will be recorded soon.  No crap or hype here, this is all about getting professional value from Facebook. 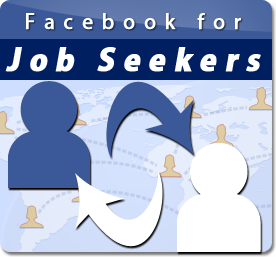 Blogging for Job Seekers: Job seekers who are professionals MUST blog … or get left behind.  I’ve been critiquing professionals’ blogs for years and am passionate about this strategy – learn my advice and get strategy and tactics here. 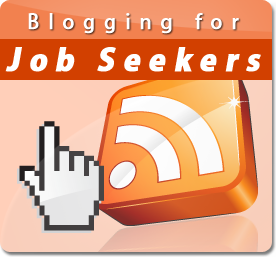 Yahoo Groups for Job Seekers – this could be elists or email forums or something like that, for job seekers… 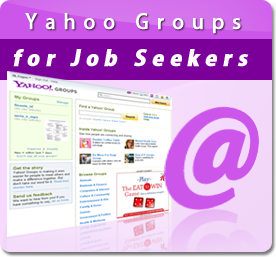 What about the ones that aren’t linked?  News on that is coming soon – I have a new way to deliver them….

Mark Hovind will join us on July 21st to discuss his analysis (deeeeep analysis) on recessions, and his insight into this recession and where we are headed.

You can learn more about Mark at Job Bait.

Also, if you are on LinkedIn, you need to check out my LinkedIn for Job Seekers DVD.  You can see the menu here, and testimonials here and here.

Look forward to seeing you on the webinar!

(I wrote this blog post to be the landing page after you register for the webinar… if you haven’t registered, you can do it from here)

Here’s a site I meant to bookmark… the model seems super-cool… I was trying to remember what it was, and even asked on Twitter a while back, but could not forthelifeofme figure it out.

I finally came across 99 Designs (again)… it is contest based.  As of now they say they have 35,359 “talented designers” who are anxious to participate in contests for logo design, website design, etc.  Here’s how it works:

Step 3: work with the designers (rate the designs and give feedback to those who submit designs)

Step 4: choose your favorite design (YOU choose the winner and then get the art with the copyright)

I don’t have any projects right now, and honestly would rather hire a full-time graphics designer,… but I absolutely love this idea.

Here’s another spam comment I got.  Interestingly enough, the comment is RIGHT ON BRAND.  It is a part of the conversation… it complements what I’ve said, and fits in nicely.  Can you see the problem?

The post was How to find a job in a recession… and the comment was right on, right!  Here’s my problem:

Alas, I get so much spam on my blog I don’t even look at the spam folder anymore.  I simply go in every few months and delete all spam.  Soon enough I’ll have over 500,000 spam comments that Akismet has caught:

Geesh, this is sad.  84-year old Senator Stevens, from Alaska, was found guilty by a jury of a bunch of stuff.   Click on the image for the breaking story at CNN. 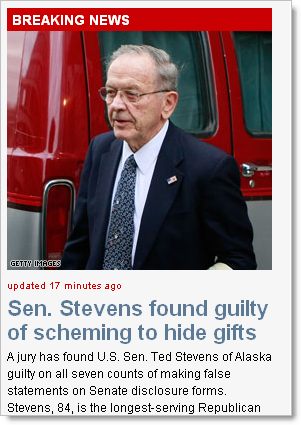 You may remember Ted Stevens as the guy who made himself famous (at least, he came across my radar) when he described the Internat as a series of tubes.  There are a bunch of YouTube videos of this… it’s “not a big truck…” amazing.

I wondered if I’d find an internet stalker to stalk me.  Maybe now I can say I’ve arrived.  I’m going to take a page out of TwilightGuy’s book and replace all the potty language with something else, so you can see the original message without polluting your mind too much 🙂  Here’s a comment I got on my post about retiring my email signature:

You fish-head. You are so far up your own OINK!! you can probably smell dinner cooking.

Why don’t you go get a proper job and stop exploiting the goodness of people too kind to tell you to go SNORT!!! yourself – seeing that you’re obviously so damned good at it!

Pop out to the woods – and don’t forget to take a loaded weapon – bears are bright, but not being able to read; they may well never have had the pain of reading your stinking diatribe all over the http://www. However, even if they have, it does nothing to decrease the chances of your head getting ripped from your cretinous shoulders.

I was pretty sure I knew who left the message, considering there’s a person on a mailing list who’s made it a point to write this blather about me for a few months now.  But I had to check… here’s how he signed the comment:

Smart enough to not put his real name (his initials are actually J.L.E.).  The website he put was my own, and of course he put my gmail account because that’s how he knows me (that’s what I use on the forum where he met me).  Just to be sure it really is J.L.E., I checked out the IP addess (no, he’s not bright enough to leave that, but it does it by default.  Sorry J.L.E., why don’t you NOT be anonymous next time?):

Now, not that it has to be J.L.E., just because it’s in the UK.  But with all the other harassment I’ve received from him, I’m sure this is the same guy.  Oh yeah, just a couple of days ago I got an email saying I left his Yahoo Group… which I didn’t apply to leave… he just kicked me out.

I’m guessing this is a chemical thing, or some psychological obsession, not a normal guy who’s ticked.  Oh, I should mention, this guy has adult children, so I’ll just assume he is a grandpa… it’s just not normal for a grandpa to be so mean like this to someone he’s never met.

So, back to business… this internet stalker stuff is pretty common.  What can you do about it??

Twighlight guy makes fun of his stalker on his blog (and then, his readers continue to make fun of the loser).  It’s pretty funny… check out this post.  But not everyone is a blogger.  Here’s what I recommend:

DO NOTHING. Seriously.  You aren’t going to get anywhere.  Do the best you can to ignore everything, even the biting, personal attacks.

IF there’s a chance the online harassment could go offline, or if it just doesn’t end, I suggest you get official help.  File a report with the cops.  Why?  I bet they won’t do anything about it… but at least you can establish a history of complaints, so in a year you call they won’t say “you should have reported this earlier… just let us know next time it happens.”

So that’s it… do nothing.  Move on in life – you probably have other, better things to do.  It sucks being attacked, but I just don’t have the bandwidth to do anything… and anything would likely be the same as, as they say in the Bible, kicking against the pricks.

When I first read this blog title it reminded me of Amway.  I thought it was going to be a lot of hype.  It would be the same ol’ cliche things you always read about:

If it were a post about that stuff, with the same ol’ cheer leading, I wouldn’t talk about it here.

In fact, each of the five points above are the same five points in the What it takes to Go Big blog post.  But you HAVE TO click over to see the post.  It’s fascinating, and even if you don’t READ any of the descriptive paragraphs, the images say it all.  AWESOME post.

Hat tip to Chris Brogan on Twitter who shared the link.

I love Shally’s LinkedIn Cheatsheet, and just happened across this Google cheatsheet (this one is actually endorsed (made by) Google folks).

I went there because the search on my wordpress blog sucks, and I needed to find something.  I was checking to see if I had done a post on “job search tips” before I wrote Job Search Tips: What I Should Have Done In The First 30 Days.  Here was the search I finally did:

There’s a lot more you can do with any search engines, but a heartfelt thanks to Google for posting this cheatsheet 🙂

I’m not in the “looking for funding” mode right now, but I remember over two years ago when I was trying to figure out how to fund JibberJobber.  This list, from Jessica Hupp, is AWESOME.  Check it out here.

I get requests to join affiliate programs weekly.  One crossed my virtual desk and after a few e-mails I decided to sign up to see if it would really.  My key criteria is that it has to make sense to my JibberJobber users, as I don’t want to cheapen the offering I give them now, only enhance the value.

That’s where RevResponse comes in.  I now have a cobranded site where my readers/users can find publications they are interested in, from magazines to whitepapers.  The value-add criteria for me was that this was free for my users to sign up for, and no bait-and-switch later.  My contact told me that was the case… sounds too good to be true, right?

Check this out – just for blogging about it, they are paying me $50 buckaroos…. I’m not sure how they make their money but they seem to have a good group of affiliates, and I’m happy to be associated with them.  I’ll start introducing their publication offerings in the blog soon, and then during the JibberJobber user experience after we get some demographic information from the user.

Sound cool?  If you are a blogger, you can do this to. What do you get when your reader subscribes to a magazine or signs up for a white paper?  At least $1.50 per signup… and up to $20 per signup (let me know which ones those are!).