I had a phrase idea last week as I was reaching out to someone… it’s funny because this seemed like a phrase that is totally common and used.  Used in a sentence, the phrase might look like this:

“It’s time to get to work, and put finger to keyboard.”

Recognize where that might have come from?  How about pen to paper, or pencil to paper?

Being the guy I am, I went to my domain tool to see if anyone else had thought of and bought fingertokeyboard.com. It is available!  Out of curiosity, I checked pentopaper.com and penciltopaper.com, too, and they are both available.

I don’t have a business that would use any of those three, like a writing business (resumes, editing, marketing, copywrite, etc.), so they aren’t for me.  But in this world where it seems like every domain has been acquired by someone else, I was surprised to see all three of these free.

And, it made me wonder if I’m alone in this thinking (which validates that I’m a weird thinker :p).

I recently set up my newest project, VideoGameClass.com, where I’ll be teaching people how to make video games using GameSalad. The class is going to be super-cool.

While setting up the blog I do a few things:

I didn’t know how to do the last part, but my developer just emailed me telling me how:

Now, on the main menu, you have an option titled Blog, and this is where the Posts go.

Check out this ridiculous headline:

The study was apparently funded by the American Beverage Association.  Shame on University of Colorado for entertaining this study and taking that money.

There are plenty of articles about the horrid  affects of the chemicals in diet sodas… is that worth losing a few pounds?  By the way, here’s the logo for this study: 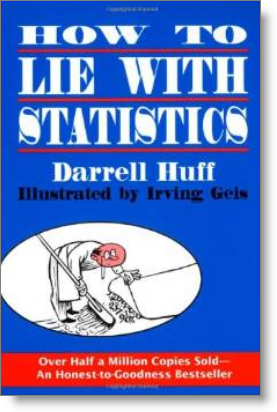 I have read this once or twice and wanted to close the page…. and move on.   But I can’t. I keep re-reading certain lines.  Thinking about how this applies to the JibberJobber user experience.

Godin is a genius.  And this article needs to be reread regularly: Seth Godin on What Marketers Are Getting Wrong

Social, including blogging, has evolved so much since I seriously got involved back in 2006.  Eight years ago.

Then, we saw people giving up their blogs and moving to Facebook or whatever they thought was better.

During the eight years I’ve blogged regularly, on multiple blogs… but especially my JibberJobber blog.  It is refreshing to see an email from The Publicity Hound (Joan Stewart) that includes this:

I see them all as tools… why not use the right tools to do the jobs needed, instead of one tool to try to do all jobs?

I found a good blog post about branding, even personal branding, for entrepreneurs, on the Adhere Creative blog: Entrepreneurs: Crafting Your Personal Brand

If I were coaching you I would say to focus on what the author talks about in #3 and #4, which is to become the teacher/instructor.  When you do that you are THE EXPERT.  Unless you do a really bad job. Otherwise, you will be seen and known as the expert, guru, etc.

Everyone can do this… you should have enough expertise in your field to teach or mentor someone else.

If you can get gigs to speak at conferences, it is as if the conference is endorsing your expertise.

One other thing that I would strongly recommend is to write a book.  I had NO idea that I writing the first (well, second) book on LinkedIn would propel my brand, and my business and my career, like it did.  I thought it would be a one-time thing with a week or month of hoopla, but here we are, seven years later, and I still get value because of that book I wrote.

Excellent blog post (with a killer slideshare embedded) on Windmill Networking.  This was written by Kristi Hines: Composing a Successful Blog Post

I’ve been blogging for about 7 years, almost daily (less weekends and holidays), and have seen the rise and “fall” of blogging.  The “fall” came when a lot of the conversation went social… comments happened on Facebook or Twitter… this was supposed to be the death of blogging.

Blogging is far from dead or irrelevant.

There are a number of reasons to blog.  I have told tens of thousands of people that blogging is a critical part of an online strategy.  But it is hard.  It takes long-term commitment.  But it is a crucial part of my strategy.

ONE reason is because I can refer back to great blog posts from years ago.  I can’t refer back to tweets (not easy to find), or Facebook or LinkedIn wall posts, Group Discussions, etc.  I love being able to have an easy-to-access archive that I can refer back to.  I’ve tapped into this by creating the Favorite Friday series on JibberJobber, which kind of brings old posts to my current audience.

This is a really interesting post on how to get more business.

I started with an affiliate program but found it was just not appropriate for our model.  One reason is that most people who asked would refer less than 50 people a year, and the percentage that would actually signup, use it, and then upgrade (for $9.95/month) was very low.  It wasn’t worth it for anyone.

Kent is a professional service provider (executive coach).  If I refer one person to him, that could be worth hundreds and easily thousands.  There is a lot more money to share in that scenario.

But Kent’s post, Why I don’t want a referral fee, goes to another level.

If you are giving a referral so you can increase your income, $100 isn’t very much.  If you consistently get $100 a day that is interesting, but if you get $100 a year, it is barely fun money.

Kent’s blog post starts out “My business is built on referrals.”  Why, then, doesn’t he pay for referrals?

Another line says: “a (referral) fee would deter me from giving referrals to you.”

Read his post to find out what’s more valuable than a referral fee.

I have been blogging for almost seven years. I remember when journalist (real journalists) hated on bloggers.  Bloggers were naive, they didn’t fact-check, they were sloppy, they had typos, the were amateurs, etc.

Bloggers would never amount to anything compared to a real journalist.

No journalist would touch it.  Well, a few touched it. I was delighted to get some air time on the NBC news in NYC.  That was awesome.  Oh yeah, US News and World report did a full page article on me, which was probably triggered from my LinkedIn book. Here and there someone picked up something, but in general no one would touch it.

I learned that journalists:

1. Care about sensational stuff, which is what sells papers,

2. Play to PR professionals. I didn’t have a 10k/month PR team behind me making those calls and tapping into their networks, which meant no journalist would spend time on me.

This week there has been a dramatic soap opera playing out where a journalist from the New York Times test drove a Tesla car, and then slaughtered the experience in the newspaper.

I didn’t pay any attention to it.  My only thought on briefly hearing about it was “maybe electric isn’t quite ready yet?  I know Elon is hustling to fix stuff… ”

Then, I saw a post on LinkedIn about how Tesla, with its blog, went head-to-head with the NYT.  This would have been unheard of seven years ago.

But Tesla SLAUGHTERED the credibility of the reporter, and the NYT (journalistic integrity?  Whatever).

How did they do it?

It’s so good to see bloggers really stand up to what I call yellow journalism, which is my term to say “You really trust media?  Are you serious? Do you think for yourself?  The media has an AGENDA, folks, and they are bought!”

Here’s my question to you: if the NYT or whoever were to write about YOU or your company, do you have a platform where you can respond?  A blog, with a history and maybe even some readers, is a great platform.

Are you ready for that day?

Check out this advertising fail from my local paper…. this is a bunch of different photos of a bad guy accused of killing 3 people.  See one of these pics that just doesn’t seem right? 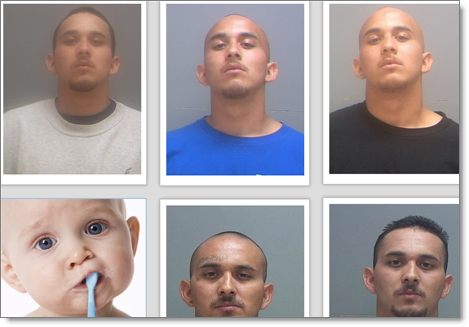 I haven’t seen five of those but the bottom left sure looks familiar! (original link)