Today was a REST DAY. We rested A LOT. By five it was time to go out, though… and today was the perfect day to go to the keyhole that you look through to see down a beautiful view with St. Peters at the end. Sounds like fun 🙂

We go on Metro A to Termini (we heard “bushy tomato” a lot!), then switched to Metro B to one stop past the Colosseum. This was the walk that we were going to do a few days ago, when we were at the Colosseum, but instead we went to the Forum.

Here’s the metro map we’ve grown to depend on: 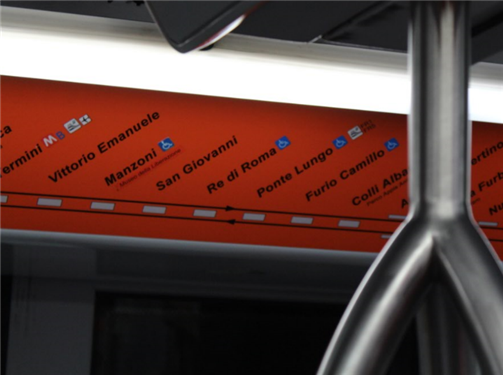 This was also the first time we got to where we were going without using technology… just an old fashioned map! Right out of the metro, on our way to the keyhole place, were these ruins: 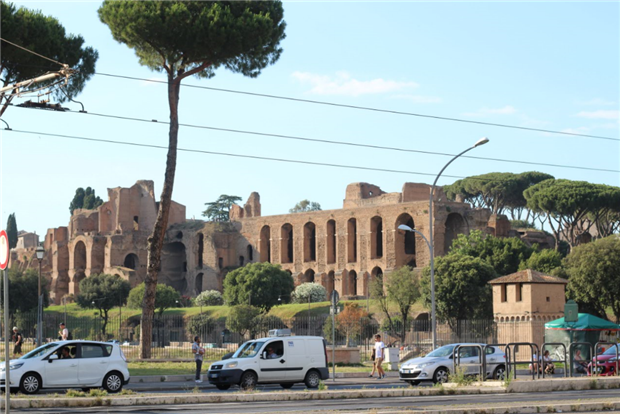 It really is amazing to be in a city where there are ruins everywhere you go. 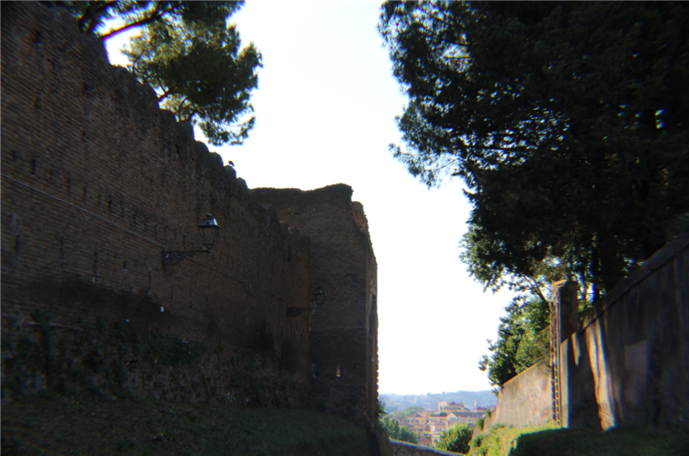 We went up the road and passed a lot of people who had stickers or writings on their shirts… clearly they were together. It looked like a protest of some kind… we asked a couple walking towards us and they said, in very broken English, that it was a protest for free choice about vaccinations. It was really interesting to see so many people protesting for their rights here, about that!

We got to a big round-about and then went left… up the hill. We must be getting closer because the place we are looking for is up a hill, so that you can see over the city. We passed the most beautiful park…. with tons of people hanging around. It is Sunday afternoon, and people are literally out for a slow stroll in the park! Lovers of all ages, dog walkers, friends… it was delightful.

There were also a lot of orange trees all around… in the parks, yards, etc. 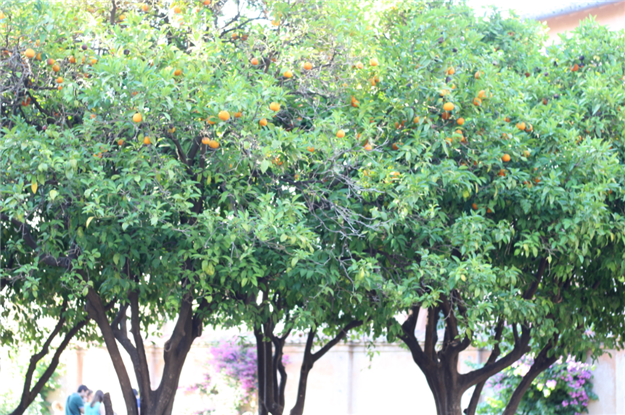 There were at least a dozen dogs in the park… and two dozen signs that said no dogs :p 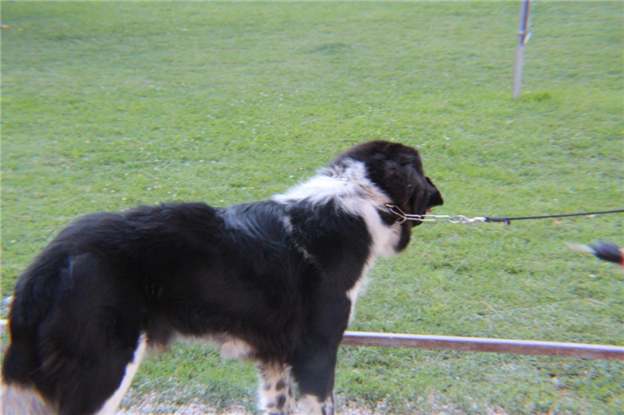 This was the view from the edge of the park… but no keyhole yet: 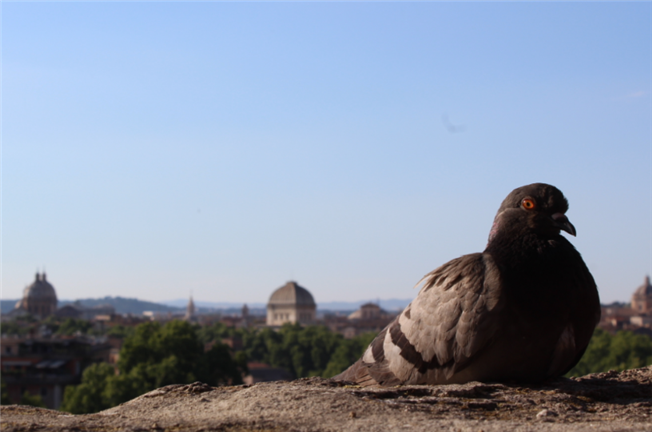 After a short stop at the park, where we might find the keyhole but didn’t, we kept going up the hill. There was another park, where they were having an art exhibit… very cool. Here’s some of the art (and another dog): 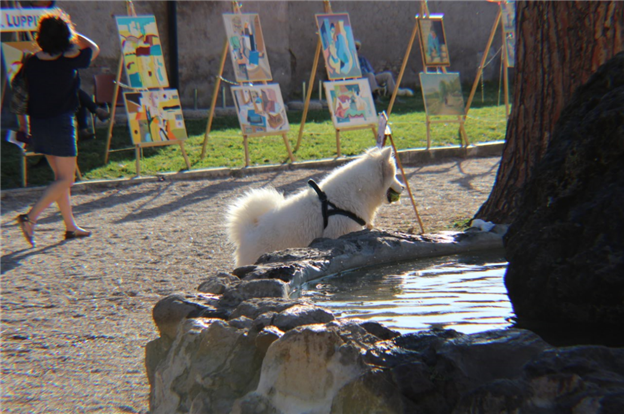 The next building turned out to be some kind of cathedral… it wasn’t obvious from the outside, but the inside was amazing. Not super-ornate, but very big, with huge pillars, and a room off to the side where people were praying. It was reverent and quiet, and it was nice to not have throngs of tourists around.

In a room to the left there were doors but… no keyhole.

You see, the instructions we got where to go to the general area, but they we’d have to find the keyhole… it was a bit of a treasure hunt!

We went out of the church and kept going up the hill… further and further up. This little town was really charming. There is lots of foliage here, and even though it’s a tourist destination, it was surprisingly quiet and peaceful. 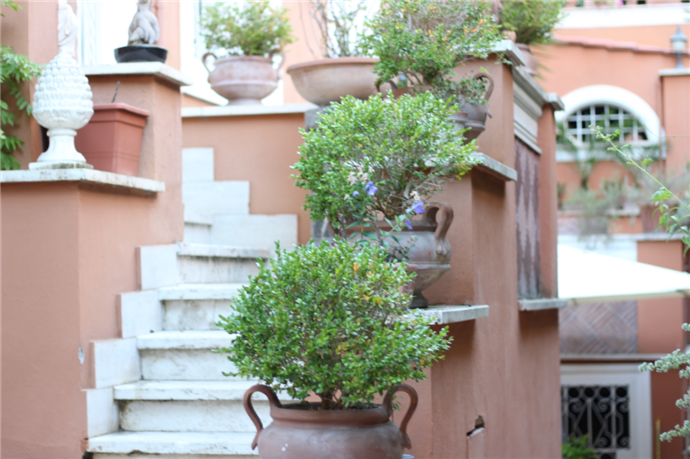 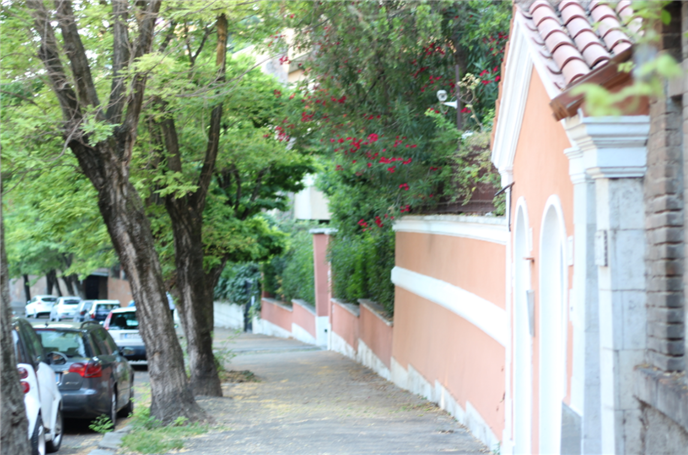 We waited in line and finally to the keyhole… this is a bad picture of St. Peters (just imagine it there), but you can see how cool all the trees are in this little keyhole view! Definitely worth the adventure to come up here. From there we wound our way down the streets guessing where we should go. It was a fun walk through this super cool town. It’s hard to believe people live here (where so many tourists would be) 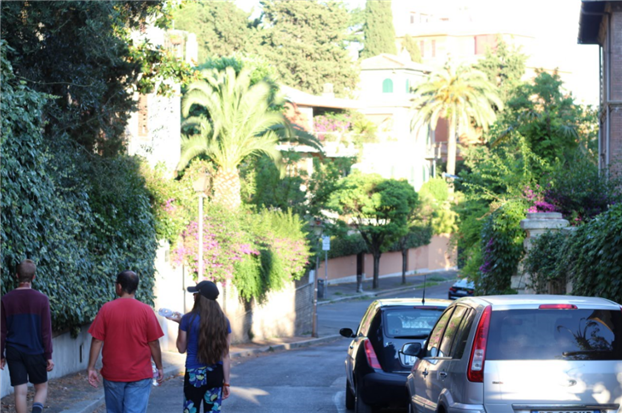 At the bottom of the hill we were treated to a view of this pyramid (which we walked right by, to get to the metro stop): And, there was this interesting statue… not sure what it is for, but obviously has to do with oppression: 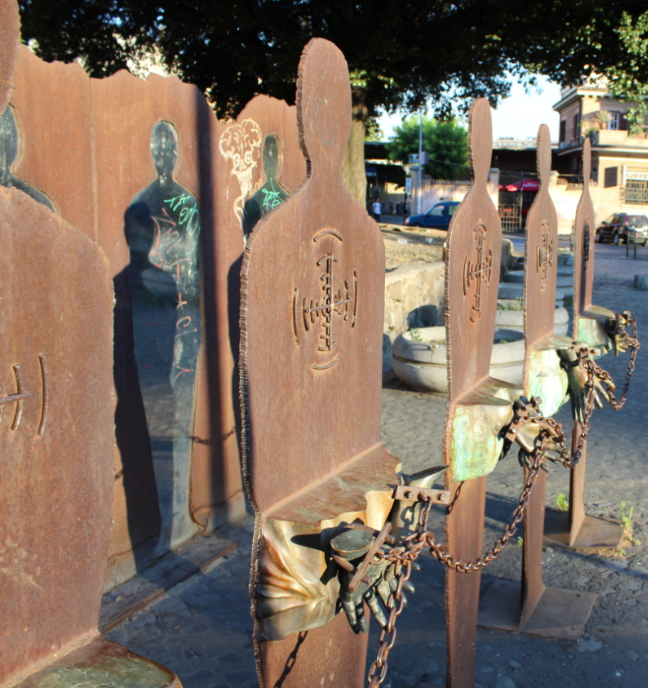 We went from Metro B to Termini, then switched to Metro A, and went straight to my new favorite Rome restaurant: We spent at least an hour here… the food doesn’t come out for a good 30 minutes, so you know it’s real and fresh. Then we had to hit this gelato shop on the way home (it was just a few stores down). The owner said it has been open 37 years and is now in the third generation… that’s cool 🙂 We got home and surprisingly everyone was pretty pooped…. this is our last night in Rome. Tomorrow we pack, get our bags out of our room by 11am, and then explore a little more before we leave for the airport around five or six. We are definitely ready to move on and get to Barcelona! Hopefully, it won’t disappoint!