Apple creates the sexiest thing to hit cell phones since… well, ever. But they tie it to one provider. 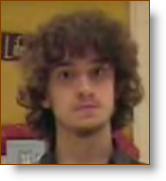 It seems counterintuitive to give something so sexy and techy to one provider. Don’t they know that techies don’t like to be tied down (something about commitment, probably)? Dell learned this lesson and ships with OS’s other than Windows. As my six year old would say, with attitude, “duh. Everyone knows that.”

So they tie it to ATT, and don’t let you use your current provider (and I hear it’s hell getting out of contracts).

But wait, techies are resourceful, curious and tinkerers! Click on the head on the right to see a video of a guy (who credits a bunch of others, including “anonymous”) who has unlocked the iPhone and uses it with T-mobile. It was absolutely bound to happen. I read that perhaps there would be a lawsuit. I’m trying to figure out if Apple planned for the techies to take their stuff apart (or otherwise get out their soldering irons) and knew it would happen and that’s part of their strategic plan, or if they really thought that no one would be able to do it.

For icing on the cake, MSNBC is announcing this morning that Apple and Volkswagen are in talks to develop a car. I hear that you can only gas it up at Exxon, though. I wonder if the hackers are going to figure out a cure for that 😉